IoT Devices: Definition, Classification, and the Five Most Popular Models 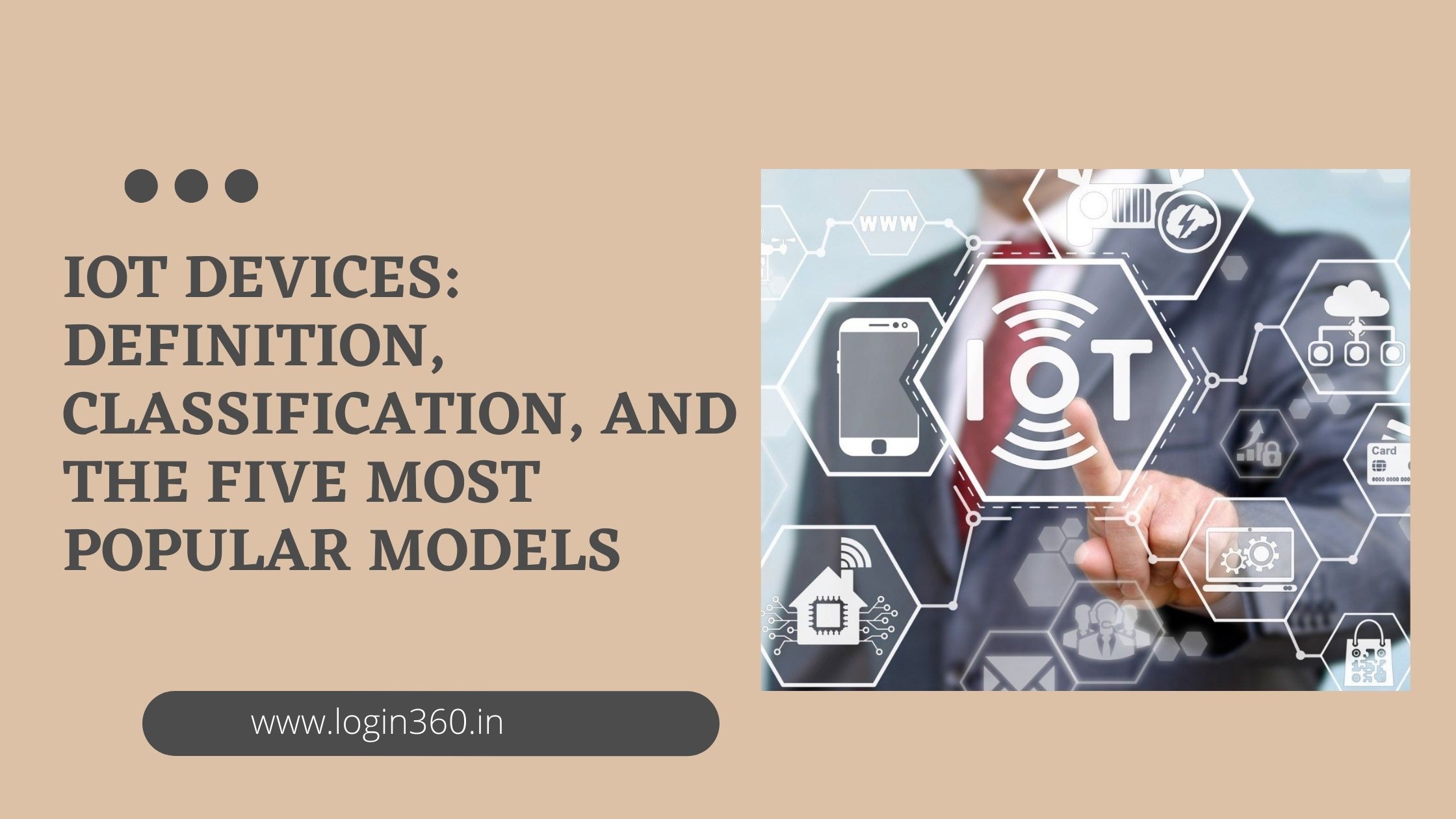 The Internet of Things (IoT) is a broad phrase that describes the billions of physical objects, or "things," that are connected to the Internet and are all capable of collecting and transferring data across systems and devices.

IoT has been around since the 1990s, but recent developments in a variety of technologies have made it more useful, including:

IoT gadgets can be anything from simple industrial machines to modest, everyday domestic items for cooking. Each IoT component has a unique identifier (UID), and they are all capable of sending data on their own without the aid of people.

The individual IoT application being used determines a great deal of the networking, communication, and connectivity protocols. IoT applications can come in a variety of forms depending on their intended use, just as there are numerous different IoT devices. . Some of the most common are listed below:

Why is IoT Important?

The Internet of Things has made it possible for the physical and digital worlds to interact and collaborate. By enabling firms to automate and streamline their regular processes, it provides them with a host of advantages.

Companies are utilizing the enormous commercial benefits that IoT may provide as it expands dramatically year over year. Some of the most significant advantages of IoT are listed below:

What Are IoT Devices?

IoT devices are hardware objects that collect and exchange data online, such as sensors, gadgets, appliances, and other machinery. They can be integrated into other IoT devices and are configured for specific uses. An IoT device in your car, for instance, may detect traffic up ahead and immediately notify the person you're about to meet of your imminent delay.

How do IoT Devices Work?

Although the purposes of various IoT devices vary, they all operate in similar ways. IoT devices are first and foremost tangible items that sense events occurring in the real world.They typically feature an integrated CPU, network adapter, and firmware and link to a Dynamic Host Configuration Protocol server. For it to operate over the network, an IP address is also necessary.

A software programme is used to configure and administer the majority of IoT devices. Using a smartphone app, for instance, to manage the lighting in your house Some gadgets don't require external programmes because they include inbuilt web servers. For instance, the lights switch on as soon as you walk into a room.

IoT is the main force behind safe and secure houses. IoT connections are used to connect a range of sensors, lights, alarms, and cameras—all of which can be managed from a smartphone—to provide security around-the-clock.

Alerts and security are provided via smart home security cameras. Activity trackers are sensor-based gadgets that may continuously monitor and communicate important health markers. You may monitor and control your oxygen levels, appetite, physical activity, and blood pressure.

To detect trespassers, IoT-enabled detection systems, sensors, and cameras can be installed in restricted areas. Additionally, they may spot little chemical leaks and pressure build ups before they turn into larger issues and rectify them.

Wearable computer-enabled glasses known as augmented reality (AR) glasses enable users to add additional information, such as 3D animations and films, to real-world scenes. Users can access Internet apps with the assistance of the information, which is shown within the glasses' lenses.

Vibrations in huge structures like buildings, bridges, dams, and others can be picked up by motion sensors. These tools can spot structural irregularities and disturbances that could trigger disastrous failures. They can also be employed in locations that are vulnerable to earthquakes, landslides, and floods.

One of the most widely used Internet of Things devices nowadays is the Google Home voice controller. It offers voice-activated services for lighting, thermostats, volume control, and many other things.

Another well-liked and dependable IoT product on the market is the voice controller for the Amazon Echo Plus. It offers a variety of voice-activated functions, including call answering, timer and alarm setting, weather checking, and much more.

With the help of the IoT device August Doorbell Cam, you can answer your door from anywhere. It continuously records motion changes and shady behavior at your doorstep.

The August Smart Lock is an established and trustworthy Internet of Things security gadget that enables consumers to control their doors from any distance. It adds another layer of security to your home and deters burglars.

An IoT device called Foobot can precisely monitor indoor pollution. It aids in enhancing the quality of the air in homes, coffee shops, offices, and other indoor public areas.