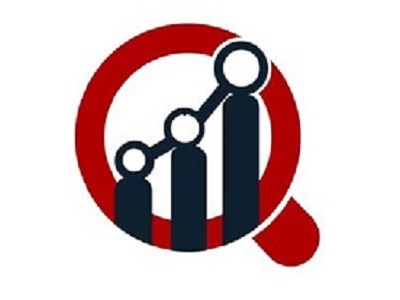 A report published by Market Research Future (MRFR) delves deep into the segments and drivers to provide a comprehensive overview of the metal plating and finishing market foothold. The report further provides predictive demography of the market in the foreseeable future.

The metal plating and finishing process involve the adding of a thin layer of metal as a coating to provide a smooth finish to components that extend their productive years. The process provides features such as corrosion resistance, decorative appearance, and increased solderability which is garnering accolades from end-user industries such as electrical & electronics, aerospace, medical, and automotive. In addition, it provides resistance against oxidation, water & chemicals, and high temperature or UV radiation. Developing countries registering heavy growth in the automotive sector can also be an imposing factor.

The global metal plating and finishing market can be segmented by type, material, process, and application.

Type-wise segmentation of the metal plating and finishing market includes metal plating, cleaning & surface preparation, finishing & protection, and others. Metal plating is in the charge with a valuation of USD 4,297.5 million in 2017 which can go up to USD 5,143 million by 2023. However, the others segment can score the highest CAGR of 5.27% during the forecast period.

Based on the material, the metal plating and finishing market includes zinc, nickel, gold, bronze, tin, and others. Zinc has the edge with its present valuation of USD 3,638.2 million in 2017 which can climb up to USD 4,508.2 million by 2023. But the ‘others’ segment can grow remarkably well with the highest CAGR of 5.20% during the forecast period.

In August 2018, Aterian Investment Partners took over Pioneer Metal Finishing, one of the largest providers of services such as anodizing, plating, hardcoat, adhesive, electroless nickel, and other in North America.

In March 2017, Arlington Plating Company announced their plan to expand their Palatine, Illinois headquarter which can facilitate better operations and production procedures.

North America is way ahead of its peers with 32.69% market share and a valuation of USD 2,986.6 million in 2017 which has the possibility of touching USD 3,555.4 million in 2023. The lead can be accredited to its robust infrastructure across industries.

However, the APAC market has the promise to rule the future market as it is inching forward to North America’s valuation. Currently, it has 27.61% of the market share. By 2023, it aims as high as a valuation of USD 3,520.9 million with the highest CAGR of 6.04% during the forecast period.

At Market Research Future (MRFR), we enable our customers to unravel the complexity of various industries through our Cooked Research Report (CRR), Half-Cooked Research Reports (HCRR), & Consulting Services. MRFR team have supreme objective to provide the optimum quality market research and intelligence services to our clients.