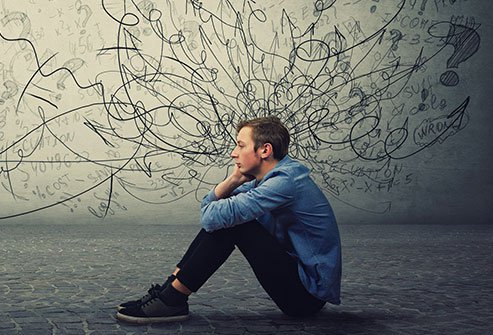 Both ADHD (attention deficit hyperactivity disorder ) and anxiety disorder problems are connected very mutually; Where Anxiety Disorder is ADHD’s most common comorbidity — in no small part because the ADHD experience makes for a life characterized by stress, depression, panic attacks, worry, and so on. Exceptionally this is true during the time of COVID19 when new coping mechanisms are required.
According to a report, about 40% to 60% of adults in the US with ADHD also have problems with anxiety disorder.
Adults having attention deficit hyperactivity disorder (or ADHD) also have to lead anxious stressful lives as the nature of ADHD often makes day-to-day life stressful, creating situations and environments fraught with uncertainty – anxiety’s primary fuel.
Nearly 60 percent of children in the United States with ADHD  consequently become adults with ADHD; that’s about 4 percent of the adult population or 8 million adults.

Less than 20 percent of adults with ADHD have been diagnosed or treated frequently, and only roughly one-fourth of them are seeking help.

Generally, ADHD or ADD takes place very early during brain development. Adults struggling with ADHD may exhibit the same symptoms that they had in their child age, and although hyperactivity often diminishes by the age of adulthood, inattentiveness and impulsivity may persist.
When talking about anxiety disorder issues these can be manifested in a variety of physical, mood, cognitive, and behavioral symptom patterns, common features of these disorders are excessive anxiety, worry, nervousness, depression, and fear. This always has been accompanied by feelings of anxiety, or constantly on the edge, problems with concentration (or being blank occasionally /randomly), sleep irregularities, muscle stress, irritability, sudden fatigue, and feeling overwhelmed.