How to get started with Kubernetes initially? 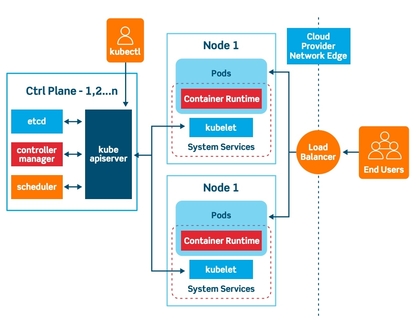 I have scripted all of the setup steps to create a three-node hybrid cluster, you will find them with commands at six-eyed/k8s-win

Now you could take older .NET Framework apps and run them in Kubernetes, which is going that will help you circulate them to the cloud and modernize the architecture.

You start by going for walks your antique monolithic app in a Windows container, then you step by step break functions out and run them in .NET Core on Linux containers. for more info Kubernetes Online Training

Organizations were taking that method with Docker Swarm for a few years now. I cowl it in my ebook Docker on Windows and in my Docker Windows Workshop. It's a completely successful manner to do migrations - breaking up monoliths to get the benefits of cloud-native architecture, without a full-on rewrite project.

Now you can do those migrations with Kubernetes, which will open up something interesting new patterns, and the option of running containerized Windows workloads in a managed Kubernetes service in the cloud.

The original resources are: